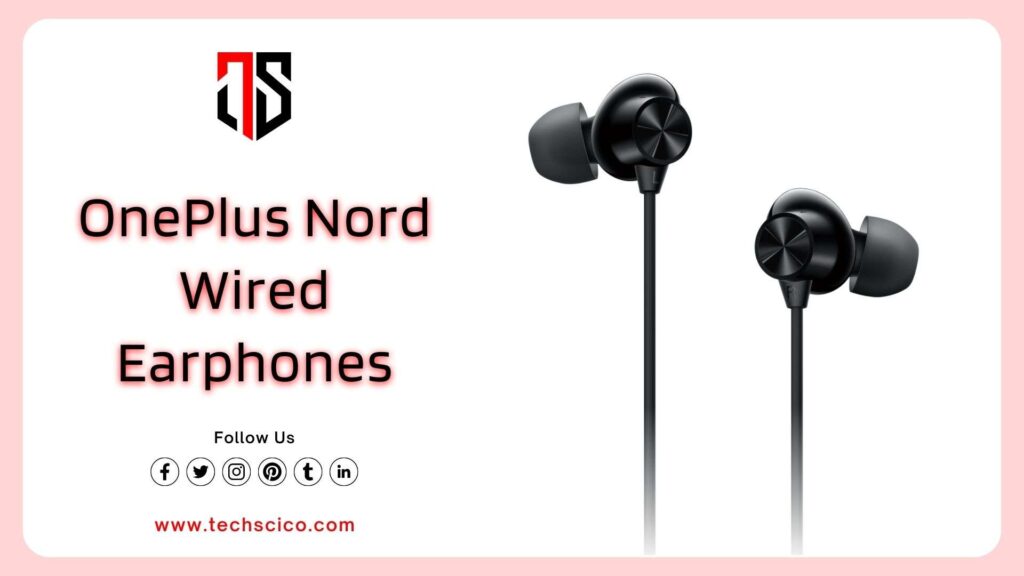 Today, On August 27, OnePlus launched a new wired earphone in India called OnePlus Nord Wired Earphones. This is their first ever wired Nord series earphones in India which are compatible with a 3.5mm audio jack.

Talking about features of the OnePlus Nord Wired Earphones, The earphones are equipped with 9.2mm dynamic drivers and have a 0.42cc sound cavity to provide a better audio experience. The design of this earphone looks similar to the OnePlus Bullets Wireless Z Series and comes with an audio jack. The earphones have volume buttons with in-line controls and a magnetic lock that attach the earpieces and turn them off when not in use. The earphones have an IPX4 rating for sweat and water resistance. The cable of the earphone is 1.2 meters long and available in only Black color.